What is Full Value of Mobile?

Full Value of Mobile (FVOM) is about accepting that mobile conversions are about much more than just mCommerce, and that conversions in-store, via the phone, or on a PC may have originated from a mobile phone.

Conversion Tracking helps you understand how well your keywords, ads, ad groups and campaigns are working for your business, allowing you to invest more wisely and help boost your return on investment (ROI).

Search Network
For app promotion ads on the Search Network, a mobile conversion can be defined as an app download.

Display Network
For app promotion ads, a mobile conversion can be defined as an app download or in-app conversion event.

An important aspect to mobile conversion is how to set up your apps so that you’re tracking all conversions including signing up for purchases, phone calls, app downloads, newsletter sign-ups and more.

Google has created special integration solutions for advertisers working with third parties for conversion tracking. Third-party tracking companies are only able to track app opens and therefore refer to the first time a user opens the app as an install.

Generally, third parties collect usage data first and then share this data with Google by sending a server-to-server ping. Google can then use the usage data for future reference. S2S pings for reporting usage data will also work for clients who may be using an in-house tracking system instead of a third party. 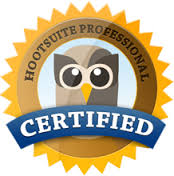